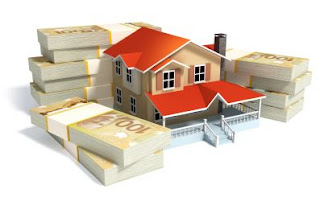 A few economists and banks were predicting the cut. Minutes after the cut was announced, TD Bank cut their prime rate to 2.75% from 2.85%. A reduction of only 0.10%.

Before the day ended, most of the big banks reduced their rate by 0.15% to 2.70%. TD quickly matched this rate as they would lose business being 0.05% higher than everyone else.

After these prime rate cuts, many mortgage lenders (including ours), also cut their prime cut to 2.70%.

So what is the point of these cuts?

Well, I think the Bank of Canada is trying to stimulate spending.

Since borrowing money is cheaper, the thought process is that people will be willing to borrow more in order to spend more.

Personally, I find this logic flawed. Sure, it may be cheaper now, but eventually, interest rates will rise again and people caught in the borrowing trap will find themselves in a bigger hole to dig themselves out of.

Of course, right away, the CBC released articles on people already willing to borrow more money for the renovations of their dreams or to just maintain their current standard of living of multiple vacations a year and designer name stuff.

On the flip side, there are those questioned that said they will focus more on paying down the debt they already owe rather than add to it.

This, I feel, is the right mindset. The central bank made it cheaper to borrow money. They already made it cheaper on the debts we already have. With that in mind, pay down the debt as fast as you can. This way more money will go towards the principle and the interest charges will not add up as fast. Granted, 2.70% is fairly low compared to the double digit interest rates of the 80s and 90s, but Canadians are in more debt now than they were back then.

We don't have any piling credit card debts or a line of credit open, so we don't need to worry about this part of the debt equation. However, we know a lot of people who are borrowing money to finance some renovations (or other goodies) they feel they deserve. One of our neighbours works full time in the public sector. Good paying job with great benefits. Problem is they feel they need to make more money. As a result, he is working 7 days a week trying to earn more money. This is probably fine for a single male. Problem is, he's not single. He's a married father of two young kids.

So why do they need to make more money? If I had to guess, I think it's because they owe significant amounts on their credit cards/line of credit. They recently renovated their basement and are thinking of a landscaping project in their backyard. Last year, they needed to borrow money from one of their relatives to pay an unexpected expense. Unless they managed to save up $30,000 for the renovation a year after they needed to borrow money from a relative, they likely borrowed this money from the bank.

Wifey and I are also considering a landscaping project. However, instead of borrowing the money, we're saving the money for it. If we decide to go ahead with the project and don't have the money for it, then we'll likely sell some of our mutual funds to fund it. That's the worst case scenario. That's also if the price of the landscaping is reasonable. Wifey and I haven't discussed numbers, but I'm under the impression if it's more than $5,000, she won't be interested. My threshold is closer to $8,000, but I'll be happy with $5,000 or less.

Of course, the project we have in mind is fairly large, so we were thinking of putting it off until next year which gives us plenty of time to save for it.

In any case, I suppose we would be spending some money. We just won't be borrowing money to do it.