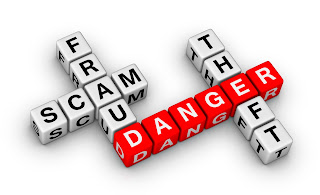 A couple weeks ago, a co-worker received a notice from Canada Post regarding mail forwarding. The notice confirmed that mail forwarding was set up for my co-worker's home address.

The problem is that my co-worker and her husband didn't set up mail forwarding. Additionally, the names on the notice were spelled incorrectly.

Not thinking much of it at the time, she said she would contact Canada Post about the notice when she had a spare moment.

Last week, she spoke with a supervisor at Canada Post who advised her that someone set up and paid for mail forwarding for their address for 6 months. Additionally, the phone number they had on file was ringing out. The supervisor told my co-worker that they could pick up any mail forwarded at another Canada Post location and they would cancel the mail forwarding request.

Shortly after, she went to pick up the mail and discovered a new credit card that was under her name and carried a $15,000 limit!

Upon hearing this, I advised her to contact the two credit agencies in Canada, Equifax and Transunion, to request free copies of her credit report (or consumer disclosure).

Last night, she contacted Transunion and the rep she spoke with on the phone told her that three other credit cards were opened under her name.

Assuming the fraudsters provided the same falsified financial documentation and were approved for the same amounts, they could have had access to $60,000 in credit... all under my co-worker's name!

According to the RCMP website dedicated to Identity Theft, the best way to stop identity theft is to prevent it from happening in the first place.

Doing things like shredding documents before throwing them out, being familiar with credit card billing cycles, never writing down account passwords or pins, and never hand your credit card unless you keep an eye on your card the entire time.

So what happened with my co-worker?

Well, she is in the process of cancelling all the cards and adding fraud notices with each of the financial institutions. She already put a notice with Transunion, but needs to do so with Equifax. She tried to contact them, but they were too busy up selling her something she didn't want.

As for how her information was released, she doesn't know. She knows, through one of the banks she contacted, that the fraudsters used her personal information to apply for a credit card. This included her home address, SIN, employer and phone numbers.

It is disconcerting to know someone who is victim to identity theft.

Frankly, it could happen to anyone.