The other day, wifey's friends came over for dinner. They had just come back from the dealership because they needed to buy a car to get around in this wonderful new country they just immigrated to.

Wifey and I commented, between ourselves, how spendy her friends actually were, so it was no surprise to me when wifey questioned her friends about their very recent car purchase.

Essentially, they bought a brand new Acura MDX! The husband always wanted a big car and they wanted to upgrade from a 10 year old Honda Civic that they left behind in China.

Why a family of 3 needs a 7 passenger money pit is beyond me.

However, it gets worse from here. I'm paraphrasing.

I mentally did a face palm like the Captain Picard meme that is still going around all these years and processed the information that was just given to me.

To finance a car.

To be honest, I was too shell shocked to do the math in my head at the time.

Much later, well after they went home, I went to the Acura website and plugged in some numbers in their (only too) convenient leasing/financing/sucker fleecing calculator.

The interest rate provided on the site didn't match up with what we were told. Seems the salesperson gave wifey's friends a 0.15% discount on the interest rate. To calculate the numbers accurately, I plugged them into a mortgage calculator. 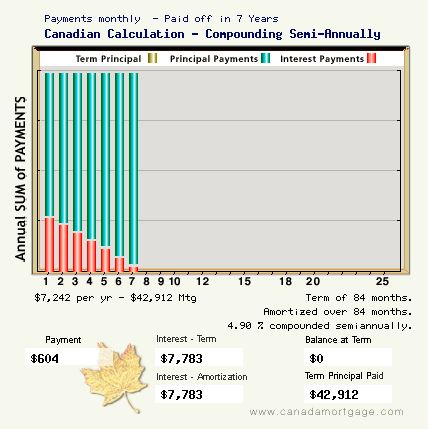 Basically, assuming they purchased the base model with no add-ons or extra warranties, their final purchase price would have been $63,412.28.

Since they are new immigrants with no credit history, they wouldn't be eligible for no money down. Instead, I assumed at least a 25% down payment. I played with the numbers a bit and settled on a down payment of $17,500 or roughly 27.5% of the final purchase price.

After that, I just plugged in the difference, selected a 7 year amortization, and entered an interest rate of 4.9% and voila!

Once 84 months have passed, they would have paid approximately $7,783 in interest.

Curious as I was, I scoped out Kijiji to see what a used 7 seat vehicle could fetch.

Quite literally, typed 7-seater in Kijiji and found this after a few seconds. 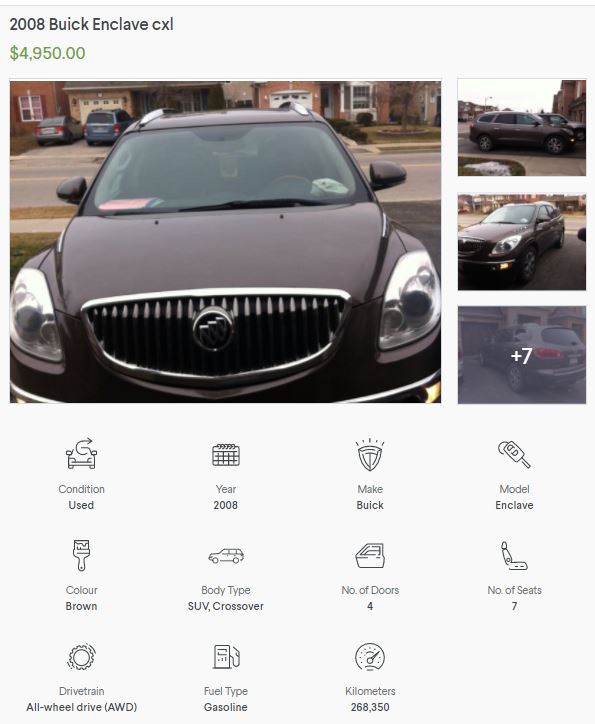 Assuming you don't want one that well driven... 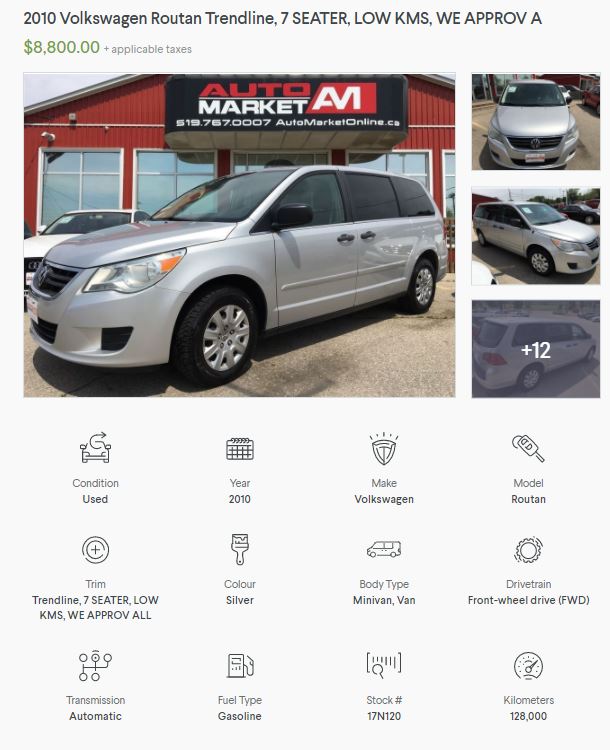 Assuming, they purchased a 7-seater for $10,000 instead, that would have saved them $7,500 (assuming a $17,500 down payment on the Acura MDX) they could use for their other unnecessary purchases.

However, by purchasing a car for $71,000, there is actually a bigger opportunity cost. For 7 years, they will need to pay $600 a month. That will be a huge chunk out of their net family income.

Now instead of putting this $600 into low-cost ETFs each month, they will throw it into a depreciating money pit that has lost 25% of its value the day they took possession of the vehicle.

So what's the opportunity cost?

This is also assuming the base model without all the bells and whistles. The more features you want in your car, the more you need to pay. If the average rate of return is greater than 6%, then the numbers just get even more silly.

It's okay, though. I didn't criticize them for their choice to finance a car they couldn't afford. Instead, I kept my mouth shut lest I lose the ability to hear further details of their financial affairs*.

*Actually, last night they came over for dinner again. Somehow wifey pried the fact that they were receiving $300 a month from the Government for the Canada Child Benefit. That means their net income is less than mine and wifey's in 2016.
Labels: Canada Child Benefit car compounding interest financing GTA low-cost index ETFs saving