Pay Down the Mortgage Or Money Into An RRSP? 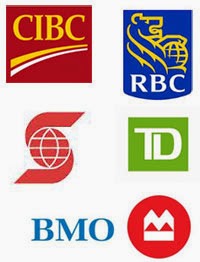 Immediately after, the other banks (probably reluctantly) cut their prime rate to 2.85% as well.

Greed maybe? I've read some theories that the banks don't want to be lending people money as businesses are laying off people and oil money isn't as lucrative.

Now that a lower interest rate is a reality, this raises an interesting question with tax season just around the corner.

Should I pay down the mortgage or put more money into my RRSP?

This is a hard question to answer. There's no right or wrong answer for this.

On the one hand, you're getting a guarantee return when you're paying down your mortgage. On the other hand, you'll reduce your amount of income and get a tax refund with an RRSP.

Assuming the interest rate on your mortgage is 2.85%, it's not hard to to get at least a 2.85% return with your investments in an RRSP.

If you're looking to maximize your return, then an RRSP is the way to go. Just don't be foolish and throw that money in a high interest savings account or a GIC. With the reduced rates, you're likely not even matching the rate of inflation.

However, if you're looking to reduce your debt, then paying down the mortgage is a great idea too.

If the economy picks up and interest rates rise (as many experts had predicted before the surprise rate announcement last week), when you renew your term, you'll get a rate of return for the new interest rate! Assuming the economy does really well and the new mortgage rates are at 7%, you'll be saving $700 a year if you paid down your mortgage $10,000 many years earlier.

Either way, you win! You are either paying down your debt or you are saving for the future!

There are also some people who believe in doing both!

Why not pay down some of the mortgage and put some money into the RRSP at the same time?

There's no rule that states you have to do one or the other.

Also, don't bring up TFSAs. That just complicates the calculations...